What: Founded in 2005 with the mission of putting literature and art on the streets, Broadsided publishes monthly visual-literary collaborations as free posters for anyone to download and print. Special features punctuate the monthly publications.

How: Writing is chosen from open submissions.  Art is created by a pool of artists invited to the project who “dibs” selected writing and create visual responses.  Distribution is managed by you, the grass-roots “Vectors” who print the letter-sized pdfs and post them in your neighborhoods.

Why: We want to help YOU put words and art on the streets of your communities.

We are on social media, of course, and we’d love to hear from you.  You can also email us at broadsided@gmail.com 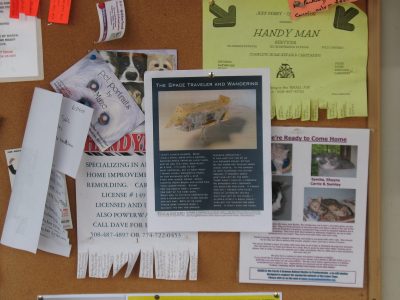 s and pocket books, before blogs, there were broadsides.

Every day, we walk past billboards for shops and car dealers, for churches and insurance, but our streets, our daily lives among each other, are missing something. They’re missing thought. Dialogue. Opinion. Ideas.

Loosely defined as single sheets of paper printed on one side, broadsides were the most diverse form of brief, single-occasion publishing before the Civil War. Although broadsides were first introduced in England, they became a prime means of communication in the United States.

Announcements, advertisements, song lyrics, commentaries, cartoons, and poems were printed and posted in towns across the nation. Later, Harlem Renaissance, Concrete, and Beat writers claimed the broadside as a below-the-radar way to get their words out onto the streets.

We want to continue the tradition.

Broadsided is equal parts traditional literary journal (seeking the best submissions of short work), ekphrastic without-a-net innovation (neither artist nor writer have input on the final product), and grassroots guerilla activism (you get the work out on the streets).

Elizabeth Bradfield, Founder and Editor-in-Chief, is the author of Toward Antarctica, Once Removed, Approaching Ice, and Interpretive Work. Her work has appeared in The New Yorker, Poetry, The Atlantic Monthly, Orion and elsewhere (www.ebradfield.com). Liz, who lives on Cape Cod, divides her time between work as a naturalist and an Associate Professor of the Practice of English at Brandeis University. Why Broadsided? Well, the idea of literary/visual collaboration has always fired her up. Also, it was pretty hard to put your hands on a literary journal in Anchorage, where she was living when she dreamed up the project. She wants poems out in the world, escaping their perfect-bound covers.

Alexandra Teague, Senior Editor, is the author of the novel The Principles Behind Flotation and three books of poetry—Or What We’ll Call Desire, The Wise and Foolish Builders, and Mortal Geography, winner of the 2009 Lexi Rudnitsky Prize and 2010 California Book Award. She is also co-editor, with Brian Clements and Dean Rader, of the  anthology Bullets into Bells:  Poets and Citizens Respond to Gun Violence in the U.S. The recipient of a Stegner Fellowship and a National Endowment for the Arts Fellowship, Alexandra is a Professor in the MFA program at University of Idaho.  Alexandra joined the Broadsided editorial team in 2010.

Miller Oberman, Editor, is the author of The Unstill Ones. He completed his Ph.D. in English at the University of Connecticut in 2017, where he studied trans-temporal poetics, translation theory, and Old English poetry. Miller teaches writing at Eugene Lang College in New York City, and his poems and translations have appeared in The London Review of Books, Poetry, the Boston Review, and Tin House. Miller teaches poetry workshops with Brooklyn Poets, and lives in Brighton Beach, Brooklyn with his wife, rock singer Louisa Solomon of The Shondes. Miller joined the editorial team in 2018 as a guest editor, and in 2019 honored us by joining permanently.

Millian Giang Pham, Arts Editor, is an artist and educator based in Alabama. She works with text, images, objects, installations, and performances. Her works have been exhibited nationally and internationally in Canada, Pakistan, Korea, and across the United States. She holds a BFA in painting and printmaking from the University of Tulsa in Oklahoma and an MFA in sculpture from the University of Florida. She currently teaches foundations art as an Assistant Professor of Studio Art at Auburn University.  Millian joined Broadsided as an artist in 2018 and became Arts Editor in 2022.

CMarie Fuhrman, Translations Editor, is the author of Camped Beneath the Dam: Poems (Floodgate 2020) and co-editor of Native Voices (Tupelo 2019). She has published poetry and nonfiction in multiple journals including High Desert Journal, Yellow Medicine Review, Taos Journal of Poetry and Art, Broadsided Press’s NoDAPL portfolio, as well as several anthologies.  CMarie is the 2019 recipient of the Grace Paley Fellowship at Under the Volcano in Tepotzlán, Mexico,  regular columnist for the Inlander, and an editorial team member for Broadsided Press and Transmotion.  CMarie resides in the mountains of West Central Idaho and began her editorial role at Broadsided in 2018.

Nayoung Kim, Reviews Editor, is a PhD candidate in English at Brandeis University. Having crossed the Pacific Ocean herself, Nai is partial to colorful, compassionate books from across the sea. When not reading, Nai is either trying to make room in her bookshelf for cool Korean / English books or admiring work by fierce artists. A colorful book blog is Nai’s current dream project. Nai entered the Broadsided world as an editorial intern in 2021 and joined the Broadsided editorial team in 2022.

John A. Nieves, “Teach” Editor, has poems forthcoming or recently published in journals such as: North American Review, Copper Nickel, 32 Poems, Harvard Review and Massachusetts Review. He won the Indiana Review Poetry Contest and his first book, Curio, won the Elixir Press Annual Poetry Award Judge’s Prize. He is associate professor of English at Salisbury University and an editor of The Shore Poetry. He received his M.A. from University of South Florida and his Ph.D. from the University of Missouri. John joined the Broadsided editorial team in 2022.

Polina Potochevska, Twitter editor, is a graduate student at Emerson College in the Publishing and Writing MA program. Her dream place to hang up a broadside would be on the streets of Reykjavik, Iceland, or in any vintage record shop around the world. In the meantime, she’ll be putting literature and art (in the form of broadsides, of course) out on the streets all over Western Massachusetts. Polina joined the Broadsided team in 2020.

Clayre Benzadon, Instagram editor, is currently a second-year MFA student at the University of Miami. When she’s not messing around with language, she’s taking poetic material from her unconscious. Her dream place to Vectorize would either be out on the streets Madrid, huddled around other writers during the Unamuno Literature Festival,  on the mountains of Nepal, or finding a permanent, reusable and environmentally conscious way of Vectorizing in the Galápagos. Clayre joined Broadsided’s editorial team in 2017.

Chaun Ballard, Vector-at-Large, is an affiliate editor for  Alaska Quarterly Review and an associate reader for Ruminate Magazine, a graduate of the MFA Program at the University of Anchorage Alaska, and a doctoral student. His chapbook, Flight, was the winner of the 2018 Sunken Garden Poetry Prize and is published by Tupelo Press. His poems have appeared or are forthcoming in Narrative Magazine, New York Quarterly, Rattle, Terrain.org, The New York Times, Tupelo Quarterly, and he has received nominations for Best New Poets, Best of the Net, and Pushcart Prizes. Chaun joined the Broadsided team in 2021.

Tara Ballard, Vector-at-Large, is an affiliate editor for  Alaska Quarterly Review and an associate reader for Ruminate Magazine. Her first book, House of the Night Watch, was the winner of the 2016 Many Voices Project competition. Tara holds an MFA from the University of Alaska Anchorage and is now pursuing her PhD in English at the University of Nebraska, Lincoln. Her poems have been published by Bellingham Review, diode, Michigan Quarterly Review, North American Review, Poetry Northwest, and elsewhere. She was the winner of the 2019 Nazim Hikmet Poetry Prize.  Tara joined the Broadsided team in 2021.

Felicity Helfand, Vector-at-Large, is an early career writer and editor in Los Angeles, California. A lover of history and murder mysteries, she currently writes her own, drawing inspiration from her study abroad experience in Italy. When not writing, she enjoys journaling, academia aesthetics, and too many tv shows. Her dream place to Vectorize would be in a secluded corner of a Roman bistro, highlighting the ivy curling up marigold yellow walls. Felicity joined Broadsided’s editorial team in 2018.

Laila Francis, Vector-at-large, is a recent graduate of Northwestern University and currently lives in Chicago where she frequents the lake and dabbles in the city’s comedy scene. Her dream place to Vectorize is outer space but she’ll happily settle for a telescope. Laila joined Broadsided’s editorial team in 2019.

Sean Hill, Editor, is the author of Dangerous Goods (Milkweed, 2014) and Blood Ties & Brown Liquor (UGA Press, 2008). His various fellowships and grants include fellowships from Cave Canem, The MacDowell Colony, and, most recently, a Stegner Fellowship from Stanford University. His poems have appeared or are forthcoming in Callaloo, Ploughshares, Tin House, and numerous other journals as well as in several anthologies, including Black Nature: Four Centuries of African American Nature Poetry. He currently teaches at the University of Alaska, Fairbanks. More information, as well as poems, can be found at his website: www.seanhill.org. Sean was a Broadsided editor from 2009-2016 and became a consulting editor in 2016.

Roger Sedarat is the author of 3 books of poetry: Dear Regime: Letters to the Islamic Republic, winner of Ohio UP’s 2007 Hollis Summers’ Prize, Ghazal Games (Ohio UP, 2011), and Foot Faults: Tennis Poems (David Roberts, 2017). A recipient of the Willis Barnstone Prize in translation, he teaches poetry and literary translation in the MFA Program at Queens College, City University of New York. Roger was a Broadsided editor from 2016 – 2017.

Broadsided Press does not publish work from our staff members, but our contributors often become part of our staff. 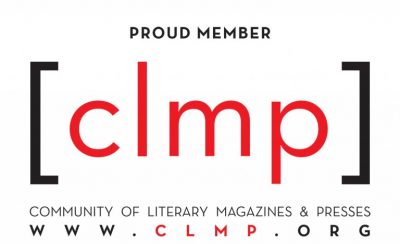 Lots can happen as a press expands and contracts, as lives become busier and quieter. We want to acknowledge, with deep gratitude, the participation of those who are not longer active with Broadsided but whose energy and vision were vital to the project: