Juan Pablo Mobili’s Contraband explores the power of words forged and suppressed by trauma. The poems exist in two worlds, Argentina and the United States, but also in the emotional landscapes of anger and kindness.

In Contraband, Juan Pablo Mobili summons a voice from the “years where all of God’s voices led us into silence.” A voice which recounts the horror of one dictatorship and the possibility of another in Argentina. These are poems of witness, narrated by a speaker aware of the depth of pain and choices left to the poet, and Mobili lays bare how to “trust thunderstorms more than warm breezes.”

In “Maiden Voyage,” Mobili confronts the hidden and sudden dangers of being an “historic” poet. Comparing his creative process to the sinking of the Titanic, “stabbed by ice / sharp like a dagger,” he writes:

Mobili’s poems are immersed in their own creation. In this way, the poet of witness becomes a “meta” poet, witnessing their own experience of political and emotional trauma. Mobili remains grounded in the body while elevating the moment. In “What Wakes Me Up When It’s Dark,” he creates a surreal sense in his description of flight and safety:

Mobili transforms breath into whispers, spoken softly, hidden from a political regime. I was amazed at how the poems reflected not only the physical journey from Argentina to America, but also the emotional journey between homes and its toll. In “Letter to My Body,” Mobili describes the nighttime abduction of “Claudio. . . . in the unmarked green car”:

we became so quiet then.

Have I apologized enough
for all the times I went to sleep?

our fine senses under surveillance
the forty-year journey to New York,
its desert and its blooming

The “monsters” Mobili includes in this collection spring from dangers in outer and inner landscapes alike. In “Crocodile Teeth,” the title bleeds into the first line, “are not that big, really, / if you compare them to Godzilla’s,” a monster created by man’s hubris; a monster that goes on to destroy cities. Mobili extends this comparison to make a political and economic statement:

but unlike some aspiring Japanese actor
stomping around miniature buildings
inside a cheap dinosaur suit,
the croc’s teeth are real

Just as the actor is hidden within a costume, so are words and social dynamics (often based in power and racism) hidden as “contraband.” Mobili masterfully weaves these hidden voices—or stolen voices—with the more intimate world of family. In “The Ring,” Mobili presents the reader with a narrative about storytelling and secrets:

My mother told us many
many times, as if there was something
hidden in the story
that none of us deciphered
that someone at last might hear
and relieve her from retelling it

Family, trust, and kindness are all part of the creative journey in Contraband. In the poem, “Hiroshima Mon Amour,” the speaker’s father paints from a sketch he drew from a scene in the movie of the same name. The speaker tells us:

It took years to realize that the day they dropped the bomb
the world defrauded itself, that couple, and my father,
whose silence grew larger than an atomic cloud.

Imagery of clouds and storms is echoed in “My Brother Behind the Mirror.” Recalling how being with his brother “would unleash storms in my body,” the speaker finally recognizes that they are:

The only citizens
of the country of our parents

I will return to Contraband for the power of story, of hidden words, and how we can love “armored heart and all.”

Bsided: One of the most moving facets of your book is the concept of anger and forgiveness. “The Great Wall of China,” which is dedicated to your son, speaks to a child’s anger at their parent. I love the metaphor of the protective wall. This idea is revisited in “My Brother Behind the Mirror,” only it’s the speaker’s anger—and yet, love prevails. Could you talk about these warring emotions as they appear in your book?

JPM: I love that you’re pointing to “anger and forgiveness,” since it speaks to a fundamental concern in my poems. More than a dichotomy, I see it as a matter of reconciliation. I don’t see anger as something you cannot renounce but only transform; and forgiving, far from a form of amnesia, is an essential form of seeing anew, being freed to notice what you haven’t noticed before.

For what it’s worth, I doubt I’ll ever “forgive” the military junta that ruled Argentina between 1976 and 1983, but I’m more curious, these days, about what contributed to its longevity. Plainly speaking, why did so many young people die? My son turning his back on me allowed me to appreciate the beauty and power of the “Great Wall” his back became. That poem, and the one about making my peace with my brother, are acts of reconciliation. They contain anger and love, which, in the poems, talk to each other. This is an overdue dialogue between whatever hurt on has experienced and the act of “forgiving.”

Bsided: This brings me to “Meetings with My Father,” which is so rich in imagery, tenderness, and separation. The poem opens with, “I’ve seen my father more often since he passed.” This line is an echo of another line in “A Few Things I Never Told You.” These poems also usher in religious—or non-religious—themes. We read this in “My Grandfather’s Ghost Does Not Forgive” as well, in which the grandfather talks about “the arbitrariness of life.” Could you speak about the role of religion—or atheism—in the book?

JPM: I must say I’m still wrestling with God. I’m the son of a mother whose mother was the president of the Lady of the Garden Association.  This group supported the church and convent across the street from where they lived. My father, on the other hand, was the only child of parents who showed no allegiance to any religion and certainly never spoke of God. Looking back, I think of that side of the family as “fervently agnostic” more than “rabid atheists,” as a high school teacher of mine used to label anyone who opposed the Catholic Church.

All of that said, this was another case of needing to reconcile two extremes, or to navigate ambiguity, growing up. To make matters more complicated or rich (or both) my mother was the ultimate pragmatist in the family, earthly and concrete about all matters, not counting on Divine Grace to lend a helping hand. My father pursued his own kind of spiritual life through poetry. He was a poet first, concerned with the Unnamable, if you will. I’ve been trying to understand what it’s like to be a Catholic boy ever since. In Contraband, a poem titled “God, My Father, and the Bombing of the Churches” tries to speak to that, most directly.

Bsided: I love the monsters in this book—especially Godzilla. We need more Godzilla poems! But let’s talk about real monsters—the dictators, especially the one “dyed in colors that don’t exist in nature.” Can we talk politics? Do you see similarities between the Argentina you left and what America has just experienced? What is your take on this?

JPM: We definitely need more Godzilla poems! Particularly that Godzilla in the old movies, the guy in the monster suit I talk about in one of my poems. But talking about politics, I think there are many other less endearing monsters through history, and they were—they are!— human.

I see strong similarities and profound differences between Argentina then and the current state of the politics in this country. Injustice and the impunity with which it spreads grows, in part, from divisiveness and from demonizing the opposition. That was the case in Argentina then, and it’s certainly the case now in the United States. Divisiveness leads to extremisms of all forms.

You’d hope that poetry can be a place for the tribes to gather, rather than being a shelter to people who can only think alike.

Still, I doubt America will ever get to the levels of cruelty and abuse of power that Argentina did, under a military junta, although this country has a long track record of supporting those kinds of “governments” throughout the world. Democracy in America, even in the beleaguered state it finds itself, may not match the degree of human disgrace we reached then, in my country. At least, I hope for that.

Jennifer Martelli’s book, The Queen of Queens, was released in April, 2022, from Bordighera Press. Her reviews have appeared in Diode Poetry and Solstice Literary Magazine. 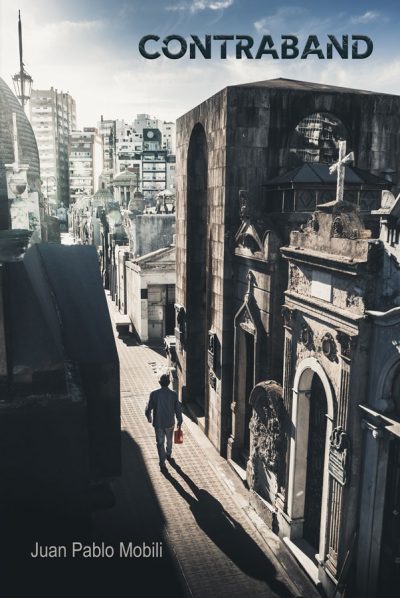