Reading the poems in Ben Grossberg’s 2014 book, Space Traveler, is rather like sitting on the couch with an interesting, articulate friend, listening to his stories and musings on life—that is, if he were also a smart, funny, gay space alien who had landed in your backyard.

On Autumn Von Plinsky’s cover of the book and in the stamp-like drawings by Samuel Ringler that introduce its sections, the alien’s rocket ship looks like something that might have been piloted by Flash Gordon back in the 30’s—a ship that could conceivably have landed in your yard.

Grossberg’s alien narrator is not the scout for some great spacefaring civilization à la Star Trek’s explorers. Although he does use language and tropes from sci-fi throughout the book, his little ship has a “go lever,” and with that one gesture his character becomes as much The Little Prince as Captain Jean Luc Picard.

The book begins with “Home:”

Turning the page we find a small drawing of the rocket ship blasting off among what may be a spiral galaxy, a bit of the moon, and an earth-like planet; and on the next page we come to a poem titled “Wandering.” It was first published on July 1, 2009 as the Broadsided “The Space Traveler and Wandering” and has been slightly revised, but it still establishes that the alien once shared a home with a man, “a small home with a garden…[and]…the local equivalent / of a dog.” The space traveler tells us of the relationship’s demise as he describes building his ship from parts of the home. It’s a truly inventive “breakup” poem, ending with these lines:

When my afterburn ignited
what was left of the place, I
allowed myself a small smile.
Then set the toaster for deep
space. It didn’t ding for years.

Like “Wandering,” the other poems by the space traveler are almost all monologues, moving down the page without stanza breaks, their rhythm created by astute line breaks and enjambments. Beginning with the space traveler’s departure from home into the universe, the arc of the book is not toward healing exactly, but toward something like aging: acceptance, the acquisition of wisdom and poignant self-knowledge, with a hefty dose of whimsy sprinkled along the way.

Speaking of an arc makes the progression through the book sound like a linear process, but it isn’t. Anyone who has spent time alone on a long hike or car trip knows that even though your body might be on a path, your mind can wander through space and time at will. Thus we find poems ranging from the mundane to the mythological: “Meaning,” “God,” “He Falls in Love with a Native,” “The Doppler Effect,” and even a fan poem about “Meryl Streep.”

Planet dweller, even among the stars, most
beings are freighted with only a single self—
obsessed, often oppressed by it,…

But what I wouldn’t give, planet dweller,
for such company—for so many selves
to beguile this single, burdenous one.

We learn as we wander with him that the alien is thoughtful, insightful, possessed of dry humor, and willing to take leaps of imagination without ever leaving us—his readers and fellow travelers—behind. The poems vary from stories told in first person to musings about larger philosophical or existential questions, reminiscent of the conversations about “matters of consequence” in Ste. Exupery’s The Little Prince, albeit in Grossberg’s hands grown up into thought experiments as in “Orbital Decay:”

…What can we
hope for, then, creatures who dig
ourselves up from the dirt
of shifting continents, themselves
lily pads on a strata of fire?

In an interview with Long River Review, Grossberg says: “I am first a creature of the imagination, of wanting to see and be shown cool things… Imagination is what engages me… I believe that scholarly work feeds poetry, and that poetry requires ardor, as well as a willingness to take on the arduous. My teachers, including Richard Howard and Edward Hirsch, modeled the marriage of intellect and passion. How to be wildly learned and carefully enflamed.” Space Traveler succeeds wonderfully on both counts.

“The Space Traveler and Wandering”—Broadside with art by Jennifer Bevill (Published July 1, 2009)

Bsided: You have mentioned in interviews that the poems in Space Traveler are very different from the work in your first two collections, and also that having written so many of them in the mode of space alien (over 100), you might be getting tired. Now, four years after the publication of the book, what sorts of poems are you writing?

Grossberg: I just finished a book, My Husband Would, which contains poems more like those I wrote before Space Traveler.  The thematic concerns are similar, but the poems use longer lines; are more narrative; and explore a range of forms and strategies.  In a way, Space Traveler, the whole book, is a single long poem that I needed to get out before I could return to that earlier mode.  But if Space Traveler was an interruption, it was one in the best sense—the kind of interruption where ideas come too fast to write down, and where strange images find their way through you with little resistance or labor.

I like the new book a lot.  And I’m excited to have a new collection that won’t require explanation in the way Space Traveler sometimes does—especially for those who aren’t steeped in contemporary poetry.  That said, I very much hope to be as thoroughly interrupted again one day.  (P.S. The new book is coming out from the University of Tampa in 2019.)

Grossberg: Most of my science-fiction reading took place from my childhood through my college years, and it was all old-school: Bradbury, Asimov, Herbert, Heinlein, Adams, Tolkien (though I suppose Tolkien doesn’t fit in that genre).  I was also raised on a steady diet of Star Trek, especially the original series, which was on every evening at 11:00 PM when I was a kid.  I recall that Channel 11 once aired the same episode three nights running, and my brothers and I were fit to riot.  I still watch Star Trek reruns some nights, when I’m feeling especially burned out, and still read pulp science fiction—whatever I can get my hands on—on plane rides and the occasional beach day.  If a book contains space ships, I’m an easy sell.

Bsided: If you could see another poem from the book as a Broadsided, which would it be, and where in the universe would you like to send it to be posted? Why?

Grossberg: Can I name two possibilities?  “Space Traveler Sex” or “The Space Traveler’s Contented Moments.”  Both contain strange imagery, and I’d love to see what a visual artist fastens onto and how s/he renders it.  But where in the universe would I want the broadside posted?

Well, most of the poems in Space Traveler are directly addressed to humans, so if the broadside was posted somewhere other than Earth, there would have to be an explanatory note: what a “human” is, some of our defining characteristics, maybe a diagram or two. . . .  Or maybe not.  It might open up worthy possibilities of interpretation if readers figured that “human” is a species invented by the poet, because his space traveler needed a sounding board, a sympathetic listening organ.

Okay, let’s go with that: Tau Ceti (apparently) has five planets, two of which seem to be in the habitable zone.  I bet if Tau Ceti has advanced life, it has bars.  I want the broadside posted on the interior-side of a stall door in a bathroom (if they have advanced life and bars, might they also have bathrooms?) in a bar on Tau Ceti Three—or Tau Ceti Prime, as we may someday come to call it.

But if that ends up being impossible, I’d be grateful to have the broadside posted anywhere it’s likely to be read.  That’s what I most want for my poems.

Kali Lightfoot lives in Salem, MA. Her poems and reviews have appeared in journals and anthologies, been nominated by Poetry South and Lavender Review for a Pushcart Prize, and won Honorable Mention from the Science Fiction Poetry Association. Kali has an MFA in Writing from Vermont College of Fine Arts. 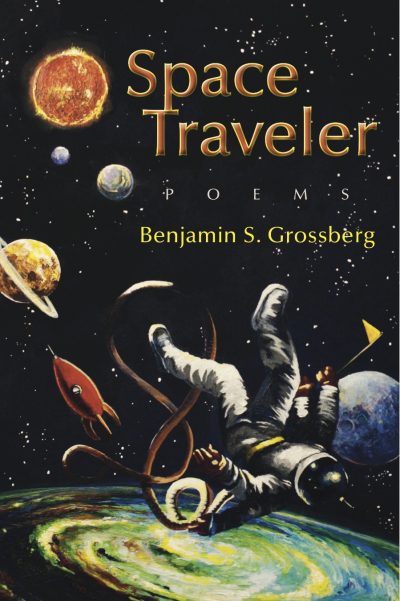