Chanda Feldman excels in the role of storyteller as she explores her individual ancestry in Approaching the Fields, her first collection of poems. Filled with pantoums, pattern, and piece after piece of memory, these poems dig into the fertile history of Feldman’s familial and cultural biography. In subject, the poems range from bloodlines to black-eyed Susans, a span as varied and vivid as the collage that graces the book’s cover.

What distinguishes this collection is Feldman’s privileging of kin and race as two primary branches of identity. A poem entitled “Census” speaks to the linkage of personal and public narratives that is central to the work:

Their industry was cotton. My great-
grandparents, my grandmother, her young sons,
they all worked as farmhands.
Their names are on record, 1930.

Thus Feldman ensures “their names are on record” in her own literary and familial history. Poems like “Custom” and “Elegy” evoke a spiritual and cultural vibe emanating from the Southern origins of the book and its author.

The concept of a communal tree alongside a family tree is thoroughly investigated. A poem like “Election Day” reports on the often-concealed, societal atrocities faced by African-Americans of the Jim Crow South:

The men, one by one, signed for their ballots.
The man you sharecropped for chose your say.
No one picked in the fields on Election Day.
The children sang songs like it was Sunday.

Feldman is a poetic record-keeper, and in poems like “Demonstration,” in which the past is foregrounded through the hybrid soil of lyric narrative, I am reminded of historical fiction. But the stories behind Feldman’s poetry are all too real. This is especially apparent in the book’s third section, featuring a 14-poem modified sonnet crown entitled “But We Lived,” in which the speaker’s mother and father relate moments of their pasts. Consider “12. My Mother’s Father,” in the speaker’s mother’s voice:

You had to be on your deathbed to stay in
from the fields, otherwise you went.

My daddy, one Friday night, shot
and killed a man. Sat in jail for two days….

The landowner in the car waiting to drive him.
My daddy never went back for a conviction—

killing a black man wasn’t enough
to keep him from chopping cotton. Even now

The sonnet crown form allows the two voices to be linked, as the last line of one sonnet becomes the first of the next. In this way, shared experiences that are both personal and “historic” are honored.

With clear respect toward ethnic and literary heritage, tradition is embraced in many of the poems and their forms; the repeated use of a familiar form such as the pantoum is a testament to Feldman’s appreciation for poetic customs and convention. And with personal ties to the very real stories she tells, her debut book stands out for its beautiful and honest narrative style. In Approaching the Fields, Chanda Feldman truly shines as an emerging poet in the contemporary literary world and an honorable griot—those venerable West African storytellers and keepers of oral history—born from an ancestry of field laborers.

Bsided: A poem from this collection, “River Jubilee,” was Broadsided in October of 2017. If you had the opportunity to post that broadside anywhere in the world, where would that be?

CF: I would want to see it on the Mississippi River in West Tennessee posted at one of the river landings that various members of my family take me to whenever I visit.  Sometimes we go down to the river to watch it, as many people do, and whoever is with me—my father, my cousin, my aunt—tells me stories about what they remember happening in different spots and landings along the river.

Bsided: Section three of your book consists of a 14-poem series called “But We Lived” that uses a modified linking form, the sonnet crown. I’m interested in how you decided on this form and what the writing process was like.

CF: The poems for that section originated as fragments of stories, memories, and anecdotes that I jotted down.  I wasn’t exactly sure what to do with them—were they all one poem or different poems that needed extending?  I enjoyed how they pivoted around similar themes and yet each seemed to maintain some autonomy.  I believe it was the sense that each fragment belonged to itself as well as to a larger narrative that gave me the idea to have them exist together as a modified crown of sonnets.

Bsided: In this collection, you delve into your family and ancestry quite a bit. Is this a theme we can expect in your upcoming work?

Salena Deane is a writer who lives in Massachusetts, working on her degree in Creative Writing. A loyal employee of Dunkin’ (formerly Dunkin’ Donuts), she spends most days making lattes and crafting poems. 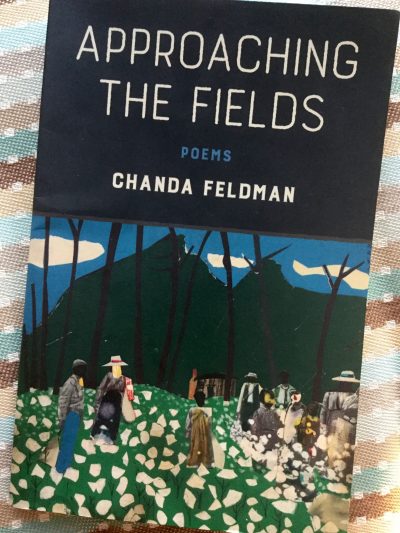