Jeff Walt grew up in coal country where the men went “Into the shaft, / lung by lung.” The dangers he faces come not just from the coal mines but from violence, bad sex, “worship down / at Tony’s liquor store,” and soul numbing jobs. The speakers’ responses in Leave Smoke, Walt’s first book of poetry, are complicated, often distressing, but in the poet’s hand, always vivid and visceral.

In a family of coal miners, the speaker ignores a woman screaming the same way he ignores warnings about e coli in the sponge. Threats are ordinary in this life. Even the natural world is no help; the moon is a machete. Moving from the hard labor world of the coal mine to the office does not dissipate the threat. In “Smokers on Break” Walt writes:

We wish
for tanned, tropical lives,
but get the office

carpet, frayed and stained, tired
Muzak droning down
the halls.

The speaker can barely dream let alone make that dream come true. A poem called “Santa” starts out “When he walks into the stink.” This Santa just wants to escape, to get drunk in a gay bar. In “Cupid’s,” a poem about traveling the aisles of a sex shop, the speaker is “trying to recharge my bored heart’s dying battery.”  He hopes that the penis pump will “make me a man who is content, // who can glide through the world / euphoric, solid, and erect.” I was so hopeful for the speaker in the moment, so grateful to hear the truest wish of his heart and wanting it to come true. But, in most of these poems, it does not.

Walt addresses violence head on. In “My Brother Walks His Neighborhood at Night,” the brother says:

As a boy, I wanted to kill
everything smaller than me: beetles sprayed
with Aqua Net, butterflies smacked
from the bright air, wings dipped in motor oil.
In those moments, I was certain
I would become a man who could conquer anything.

The poem is luscious with vivid details–not just a hairspray but Aqua Net. The details and matter-of-fact tone make the speaker’s action seem logical and necessary. Of course he needs to kill to become a man. That makes sense in a violent world as do nightmares, alcoholism, and suicides.

But most of Walt’s speakers do not kill. They endure. In one of my favorite poems, “Three Drunk Angels,” the angels are:

sick and tired of hanging out at 7-Elevens waiting
for some nut with a gun to shoot the girl
behind the counter, then having to greet her
with a fake smile like a host
who wants the party to end.

I appreciate that Walt’s version of a guardian angel who resents their job but does it anyway.

The angels endure, but Walt does more than that. He writes with powerful imagery, concrete detail, clincher endings, and the reverence that is attention. Walt describes the soul rise from a man who just taken his own life “like steam / after a long piss in the snow.” The image is vulgar and profane, and yet, giving this moment such a striking image honors it. Many of Walt’s endings grabbed me, but I particularly loved “Watching.” The reader is asked to endure with the speaker all the men the mother “shit-faced” “fucks,” but in the last lines we watch her “searching to find one thing she could make / beautiful again.” I think in this book Walt is doing the same.

“After a Fight,” words by Jeff Walt with art by Cheryl Gross (published September 1, 2016)

Bsided: I love the word “fear-fired” in your Broadsided poem “After a Fight.” How much of your poetry is fear-fired? This is probably around about way of asking you, why do you write?

Walt: I am a nervous type, so I am fear-fired most of the time.  I write for myself meaning I enjoy the process of writing, of learning, of making art with language.  My sister asked what I do all day, so I told her the truth:  read, write, revise, submit, and do it all again the next day.   Leave Smoke shares my interest in form, surprise, structure, and voice.  I think it’s good to always be searching, learning, lusting:  to have your version of being healthfully “fear-fired.”

Bsided: I’m a firm believer that the poem on the page is not revealing family secrets. It’s art, and it gets to do whatever it wants. That said, there are a lot of mothers, fathers, brothers, and sisters in these poems. How have you talked to your relatives about your poetry?

Walt: My grandmother gave birth to and raised sixteen children, so my large family was like a small town inside a small town.  They were all drunks, shit-starters, trouble-makers, drama queens. Seemed like I was related to everyone and they were all wild.  That said, I have not been back to Pennsylvania for a long time.  I wouldn’t recognize anyone on the street. Obviously, though, they are a large part of my internal world and I’ve enjoyed sharing their bluesy voices.

Bsided:  I don’t know any other poets who grew up with coal miner relatives, but I do know some other poets who write about work, such as Bob Hicok and Philip Levine. What poets of work do you like?

Deborah Bacharach is the author of After I Stop Lying (Cherry Grove Collections, 2015). She received a 2020 Pushcart honorable mention and has been published in journals such as Adroit, Poetry Ireland Review, Vallum, The Carolina Quarterly, and The Southampton Review among many others. She is an editor, teacher and tutor in Seattle. Find out more about her at DeborahBacharach.com. 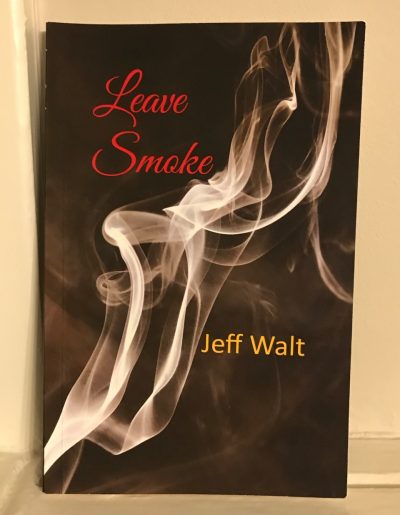