“Surprised by joy”—the title of a poem by William Wordsworth, a book by C.S. Lewis, and a phrase often quoted by mystery writer Louise Penny—is the phrase that may come to one’s mind after reading Not for Luck, Derek Sheffield’s new book of poems—a joyousness, not so much of celebration as of serenity.

Like master dancers Gregory Hines or Gene Kelly, there is an easy grace to the way Sheffield moves through a poem. Follow the musicality in these lines from “Timid as Any Herd Animal,” the book’s first poem, also published as a Broadside on October 1, 2020, with art by Douglas Culhane:

That bright of the blue sky variety
raising every racket of mower
and blower, backhoe and whacker,

The crescendo of rhymes and assonance then moves into this coda, still rhythmic, but diminishing into quiet:

Have the thinnest veil of dusk,
fog, or drizzle, call stillness
near, her sister, silence, here.

Much later in the book, and in a more expanded structure, “What Will Keep Us,” Sheffield’s poem about a Save the Coast Hike with his two daughters, is another joyful music:

briefly for our ankles as we take in the gleaming curve

shallows, a pliable needle threading us and them, water,

land, and rippled sky where the numberless legs

just ahead. For even the reek-slap of rot from a carcass

too far gone for ravens or gulls we hike, for our own

place among the eaters and the eaten pricking at us….

And consider this small riff of rhythm and rhyme from “A True Account of Wood-Getting from up the Chumstick,” a poem about gathering firewood with a friend, which results in injury:

and we kept at it for two cords of heft and swing
and grapple and heap, moving our bodies
as well as we could through all we hauled
out of those woods…

As you can see/hear, Sheffield is adept at the sound and play of language, the way words can come together for both meaning and pleasure in poetry that seems effortless as motion to those dancers mentioned above. Where Wordsworth’s surprise of joy comes in a poem about grief at the loss of a love, Sheffield’s joy is an undercurrent, a point of view that lives beneath the work in the book as a whole. It’s a voice that seems to speak with us rather than to us, sharing what he learns of the world.

Sheffield is capable not only of paying exquisite attention but also communicating what he learned in those moments. In the poem “For Those Who Would See” he is watching a sprinkler that “drop by drop has filled a blue bowl / left out on the lawn.” Attention then shifts to the water in the bowl:

breaking and regathering—winks of calm
coming between bouts of splattering—

for anyone who happens to be watching.

Mark Doty says in a foreword to the book, “Derek Sheffield achieves something of inestimable value: a trustworthy, convincing voice.” This is particularly true in the way he writes about his two daughters, which are some of the most emotionally affecting and moving moments in the book. Sheffield’s relationship with them, whether shown through conversations with them as toddlers or in his careful attention during a middle school dropoff when a daughter notices the other students and quickly takes off her headband:

…Now a sideways look,
a brief lift of her hand, and bareheaded
she walks toward the school.

I watch every step I can, holding
the headband with the bow,
a pink U, a horseshoe. Not
for luck, I know, but letting go.

Not for Luck, won the Wheelbarrow Poetry Prize. It is Derek Sheffield’s second poetry book. He is also a co-editor of Dear America: Letters of Hope, Habitat, Defiance, and Democracy. His awards include the James Hearst Poetry Prize judged by Li-Young Lee and the Hazel Lipa Environmental Chapbook Award. He teaches at Wenatchee Valley College and lives on the eastern side of the Cascade Mountains in Central Washington.

The poems in Not for Luck describe an arc of human life and all of the understandings that come to a man of his place in the world he shares with everything alive. Reading this book during a pandemic and huge political upheaval has made, and will make, its joy particularly welcome. Highly recommended as a reminder that luck is largely a matter of attending with care to those we love and the world we share.

Bsided: The timing of publication of this, your second book, brought it out into the heart of a global pandemic, and national chaos in the U.S. How have you navigated this crazy conjunction of events?

Derek Sheffield:  The general badness of the last year created by the previous president and the pandemic, a cocktail of vitriol mixed with uncertainty, ignorance, incompetence, and death, has kept me from feeling like making new poems. Mostly, I’ve worked to keep my family safe, teach my students as well as I can, edit poetry for Terrain.org, and work to help the anthology I co-edited with Simmons Buntin and Elizabeth Dodd, Dear America: Letters of Hope, Habitat, Defiance, and Democracy, find its readers.

In the last month or so, however, as we seem to be making it through this tunnel time, I’ve found my way back to the making space (thanks to Liz Bradfield for this beautiful term) where poems find us, and it’s the best feeling in the world. Some of this energy is surely coming from the few virtual events I’ve done in support of Not for Luck, including readings and conversations with friends such as Ellen Bass, Dennis Held, Juniper Moon, Drew Lanham, Alison Hawthorne Deming, and Jane Hirshfield. And most recently, my fifteen-year-old daughter, Zoey, joined me in a reading and conversation with Tim Green of Rattle. That’s probably a gift of the virtual format. I’m certain she wouldn’t have agreed to read one of her poems at an in-person reading.

Bsided: “Timid as any Herd Animal” the poem that begins, and sets the tone for, the collection was also selected for a broadside, and nominated for the Pushcart Prize by Broadsided Press. Can you talk a bit about the genesis of that poem? Was it one of those “easy arrival” pieces, or has it been through many drafts in its lifetime?

Sheffield: There are some poems that keep tapping me on the shoulder until I get around to writing them. This is a rarer sort of poem in that it arrived through the door that only solitude and silence can open. That’s why it’s so important for me to think in terms of a writing practice. Only by finding my way into those hours of the early dark and waiting will these kinds of poems, like birds or deer or any wild thing, appear.

Bsided: Do you have any new projects in mind, or under development? What is next for you?

Sheffield: I’m writing the poems for the next book and they are already giving me a sense for its direction.

And I’m co-editing an anthology with Liz Bradfield and CMarie Fuhrman. Cascadia: A Literary Field Guide—a combined literary and natural history anthology—is a guide to identifying and identifying with plants and animals of Cascadia. We’re already over a year into the project and it feels incredibly special. It is shaping me as much as I am shaping it. This is how people involved in a revolution must feel. This being-centered collection honors my home bioregion through a synergy of art, poetry, prose, science, and traditional ways of knowing, organized in a structure that emphasizes cohesion and relation over division and othering. We are finalizing the publication details now…. stay tuned!

Kali Lightfoot’s poems and reviews of poetry have appeared in journals and anthologies, been nominated twice for Pushcart, and once for Best of the Net. Her debut collection, Pelted by Flowers, is just out  from CavanKerry Press. Kali earned an MFA at Vermont College of Fine Arts. Find her at kali-lightfoot.com. 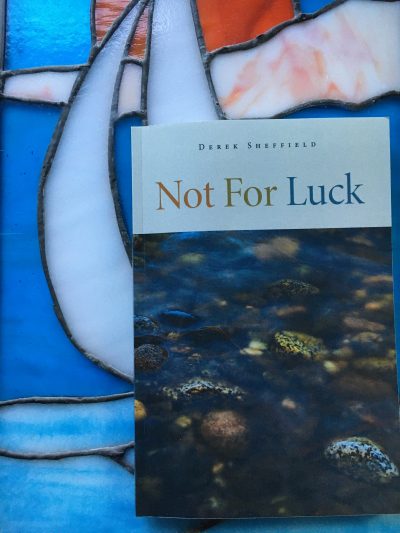