The speaker in Jennifer Martelli’s new chapbook In the Year of Ferraro dances under mirror balls, has sex in her dorm, does drugs, and becomes galvanized by Geraldine Ferraro’s 1984 vice-presidential candidacy. Martelli packs these poems with details from eighties pop culture and the streets of Boston, and in doing so she lets them fully embody one of the slogans of that time—the personal is political. These poems thrum with anger; the central poem is in fact titled, “When Was My Anger Conceived?” Ferraro’s candidacy creates a frame for the speaker’s anger about women’s place in politics, then and now. But these poems are not rants. A careful craftsperson, Martelli uses long lines, juxtaposed registers, and imagery to ask when women will be “molted and re-homed,” when women will shine on the political stage and in their own lives.

The chapbook is physically wide. I assume Nixes Mate, the publisher, printed it this way to accommodate the long lines:

In the year of Ferraro, my Officer and a Gentleman poster
let loose from the cinderblock wall of my dorm room in the tower looming
over Comm. Ave and draped the back of the boy who lay on top of me.

My creative writing professors warned me not to go over 13 syllables a line or I would lose the music. They were wrong. Within her 17-18 syllable lines, Martelli keeps 7-8 accented. She’s got the beat. The long lines let Martelli be almost prose-like, getting the whole story in. But the controlled music keeps the moment moving quickly, pounding out a tension, an anger, the emotional core under the story as in these lines from “Ferraro V. Bush, October 12, 1984:”

I remember women afraid of women so near to power:
what is she gets her period? lets loose? bleeds? And yes, the men!
Weren’t they playing saxophones all the time? Wailing, oiled and salted,
dripping

In most poems, Martelli use three registers. A plainspoken title with no imagery or emotional weight like “Why I Began Writing About Vice-Presidential Candidate, Geraldine Ferraro” establishes the context. Martelli then often includes an epigraph: “I didn’t expect the majority of the Italian-American community . . .to abandon me by their silence. . .Geraldine Ferraro” that tells the reader why this moment is important on the national stage or in American history. Then in the poem itself Martelli uses metaphor and imagery to carry the emotional power, going for the gut. The speaker may change from the twenty-year-old of that time (“maybe I was sweating Absolute vodka out through my skin”) to an adult self looking back (“Everything then / is happening how: back in the 80s, a rich man / raped his first wife and now I have to look at his face every day”) but the images stay vivid and the emotions raw.

In “When Was My Anger Conceived?” Martelli brings us through three vividly personal moments tied to political moments: the speaker watches men drag a lake for a lost child in her “summer of assassinations;” her menarche starts as Nixon resigns; and a year after the speaker’s abortion, the speaker’s aunt says of Ferraro:

my aunt said she wouldn’t vote
for anything
that menstruated, could get pregnant,
could bear a child.

These lines resonate all the way back to the book’s title, and we understand the anger conceived in the conjoining of the personal and the political.

All the women reached their arms up to her,
waved and reached if they were offered open-handed a merciful pearl,
a grace, that one time, then snatched back and slapped shut.

—then I highly recommend this book to feel seen, validated, and renewed.

Bsided: You mentioned in your Broadsided interview about your Sense of Home poem Cisoria: The Scissors that in working on this book you were honing the concepts of silence and cruelty. Can you talk more about that?

Jennifer Martelli: Silence fascinates me. Growing up, silence was an act of aggression, or punishment. I am forever trying to unlearn this. In terms of the book, the concept of silence began as a silencing of women and of marginalized groups. The Mondale-Ferraro ticket lost in all but 1 state in 1984; the Italian-American community kept silent in the face of the anti-Italian slurs and the anti-woman slurs; the Reagan administration kept silent about the AIDS pandemic until 1985, when thousands of Americans had died from the virus; the great Shirley Chisholm was silenced after her run for the Presidency in the late 70s. This was a cruel silence, and it’s being repeated now.

But, as I was writing the book, we went into quarantine, and the world became silent: fewer cars on the road, fewer people outside. This was a different silence; it was frightening at first, but I came to love it. I understood a little more about silence as introspection, even into my own poetry.

Bsided: How did you and your publisher, Nixes Mate, decide on the formatting? Were you concerned about being able to serve the long lines?

Jennifer Martelli: I was so fortunate to have Michael McInnis solicit my work for his Fly Cotton chapbook series. The look of the book was his vision: a series of historical poems with these blocky-books. I tend to write a longer line, which can cause so many headaches for editors; this chapbook was a perfect match!

Bsided: For someone who doesn’t know who Ferraro was, why would you recommend they read this book?

Jennifer Martelli: I would recommend this book because everything happening then is happening now; this is why I bring in the strega, fortune-telling. We are living under an inept administration; an administration that’s feckless, at best, cruel and corrupt at worst. Maybe both. We are living through a pandemic that could have been averted, or at least, diminished; once again, we have a strong Vice-Presidential candidate who is a woman.

I have to say, though, when I began writing, there was no pandemic and Kamala Harris was not the nominee! So, I would hope that the book would be interesting, not only for its poetry, but for its witnessing of a circularity of incidences. Plus, the 80s were great.

Deborah Bacharach is the author of Shake and Tremer (Grayson Books, 2021) and After I Stop Lying (Cherry Grove Collections, 2015). She received a 2020 Pushcart honorable mention and has been published in journals such as Literary Mama, Poetry Ireland Review, Vallum, The Carolina Quarterly, and The Southampton Review among many others. She is an editor, teacher and tutor in Seattle. Find out more about her at DeborahBacharach.com. 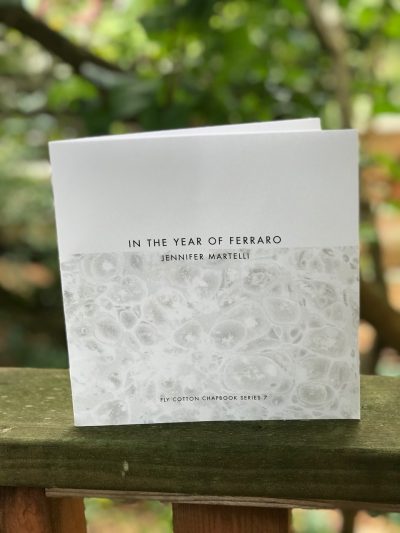