As I near the end of a book of poetry, I get excited wondering what new layers I will uncover in the endnotes. Sometimes the extent of the poet’s research is revealed, sometimes their purpose; at the end of Object Lesson, the reader learns about the depth of Jennifer Jean’s commitment to listening, asking, and writing with women who have been involved in sex work, trafficking, abuse, and safe houses.

In the poet’s own words, “Sincere thanks to everyone who interviewed for this project–-especially C and D and F–-for offering up their time, their stories, and their truth. And, God bless the women, the thrivers, at every safe house.” Jean’s tenderness and care are clear throughout this important and powerful chapbook.

In the title poem, “Object Lesson,” the speaker creates a safe situation for her daughter to address her anger and frustration by laying out five objects for her to hit. First, the daughter hits the American Girl doll because “she’s like a person/ & I’m mad at a person”, second, she hits the pillow:

Because you told me to hit things
when I’m mad.
Not people.

The poem ends with the daughter’s realization that the pillow is soft and, unlike people, can’t hurt her—a gut-wrenching turn that underscores the hurt she has received. This poem foreshadows the lessons learned—or, in fact, lessons not learned but survived–across the chapbook.

Jean couples tenderness with respect for the women she interviews. Humanizing details and humor are themselves lessons. In “When I taught poetry at the safe house,” care bursts from every stanza in the word choices and line breaks:

a kitten was lifted by the scruff
by one of the safe women.
She stroked, & stroked, &
it whirred…

& later I thought about how
that stroking woman once stirred
from an occupational
blackout & found a poem
in her scrawl.

In particular the repetition of words that start with a soft “s” lead the reader from one line to the next creating a embracing resonance. Along with an attention to internal rhyme (kitten/lifted, stroking/woman) Jean uses humor to great effect: “…I point out / all the jerks in town who’re clients &/ we laugh. An orgasm/ is like a pedicure for these guys./ I mean —jeez…” (from “‘Escort’ is her word &”). Such moments honor these women as nuanced, fully-realized people with agency.  “Jeez” says it all.

Object Lesson consistently works to both detail and counterbalance the objectification of women. Take, for example, these lines from “Object,“ “[w]ant a thing, buy a thing. / Be the one to sell. / & the object can’t object.” The play of OBject/obJECT resonates; an object can’t speak, an object isn’t heard. Repetition and rhyme drive home how silenced the woman at the center of the poem really is:

no no no no no no…
the object can’t object.
What’s it for? Fifty
men a day or more.
Getting ‘the girlfriend experience’
or getting in getting off
going home.

Detachment of the interviewees from their bodies enters many poems. D discusses the “side effects” in the poem “‘Escort’ is her word &,” saying: “I feel nothing. Like that song!/ After nine years of this, she sings, I feel nothing,/ nothing, nothing at all.…” In “1-800-HOT-CHAT,” a sex phone operator recounts, “I’m on the phone faking this guy out…” then, after a series of conversational events, confesses: “I’m sick & froze & there’s a kind of life behind his voice. & it’s touching me.” When some noise slips past the protective detachment, it’s deeply troubling because they break the unspoken contract of a shared imagined world created by the sex phone operator and client. They sonically penetrate that world, compelling the operator to reexamine the entire exchange, whether she wants to or not.

Upending disjuncture, objectification, silencing, detachment: despite all this, Jean’s interviewees have the last word in Object Lesson. “Some Things One ‘Escort’ Talked About” turns objectification on its head through an interview which objectifies clients with monikers like “heavy,” “windsor knot,” “just hubby,” and by imagining boxing up clients “like dolls, like corpses she makes pretty for the family at the viewing.” In this poem, the speaker honors the voice of the interviewee by offering her the last word, even if imagined: “They’d say, You came really hard! She’d say, No I didn’t. She could say that.”

In the end, the women, not the work or experiences, are centralized: “what I did for one, or a thousand days cannot ruin me” (“Dear Jasz,”).  These women, these stories are part of our world and Object Lesson works to connect readers to women too often overlooked.

Bsided: Will you speak to your process for how you decided who to interview and what of those interviews to include in your poems?

Jennifer Jean: When I began this series of poems, I created work based on researched news interviews where interviewees had already consented to the publication of their stories. This was a practical avenue through which I could gain a more comprehensive understanding of objectification and sex-trafficking–which is modern-day slavery. (I believe the longer unpublished version of Object Lesson–called, simply, Object–more readily showcases this comprehensive understanding.)

But, the detail in these news articles was limited. They, often, did not engage the humanity of the interviewees. I felt the only way forward was to conduct my own interviews. By that time I’d begun volunteering with Amirah–an advocacy group for sex-trafficking survivors–and I’d begun teaching Free2Write Poetry Workshops for Trauma Survivors. I asked administrators at Amirah, and at various other organizations, to connect me to women interested in consenting to recorded interviews with me so that I could create poems from their stories. Whoever said yes, I interviewed. The interviewees identified themselves as “former survivors and current thrivers,” or “sex-trafficking survivors,” or “former escorts.” I didn’t encounter anyone who called themselves a “sex-worker” or “former sex-worker.” Not every poem resulting from these in-person interviews was usable or successful as a work of art, in my opinion, so some of the stories I collected haven’t been shared–even via the longer manuscript.
My goal was to create a manuscript that balanced well-crafted word art with an informative exploration of sex-trafficking–but I was always a poet first when making decisions about what to include and what to leave out of Object Lesson. Art is more digestible, shareable, and potent than mere news–which is key when you’re presenting information that most people don’t want to know about (since knowing indicates a level of responsibility).

Bsided: You use a lot of repetition of both sounds and phrases in your work; did this come out of the interviews themselves or later when you were forming the poems?

Jennifer: Though the book is heavily researched, I’m a poet not a journalist–which means I share emotions, notions, and stories via crafted language. In other words, Object Lesson is a work of Art as well as a work of Truth. However, many of the quotes from interviewees are verbatim and were chosen for inclusion because of their poetic (as well as informative) quality.

Repetition of sounds and phrases in the poems are sometimes substitutions for prose-like transitional language. As a result, poems are bonded together as condensed, musical, and connotative language (instead of presented as mere information).
As well, repetitions were added to make these poems more performable. It’s really important to me to be able to read these poems aloud. Sound quality definitely increases the impact on an audience, and repetitions give listeners an anchor when confronted with intense material.
Bsided: “Thistle,” which was published on here as a broadside, uses nature imagery as the vehicle to show the reader that “she” is more than one kind of experience. Can you talk a bit about the role of nature/natural history in your work?
Jennifer: “Thistle” is one of only four poems in Object Lesson that feature a natural element or geography. Each of these poems (this includes “Love All the Girls,” “Bird,” and “A Safe Home”) offers a glimpse of hope and connection in a world that seeks to make-over irreplaceable people into interchangeable and discardable things.

Bsided: The Object Lesson is carefully ordered so that the reader sinks into and then slowly comes out of the direct interviews poems at its heart, what was your thinking for those ordering choices?

Jennifer: As I mentioned, Object Lesson was extracted from a longer, more comprehensive manuscript. My feeling is that, though that original manuscript placed as a finalist in several book contests, it was an incredibly difficult, dense, and dark read. So, in constructing this shorter manuscript, I decided to begin and end the collection with poems more explicitly in my voice or about me and my family. This new structure offered readers a way into the material as well as a way out.

I do this when I perform poems from the book as well: I thank folks for their attention, invite them in, perform my ass off, and then happily let them go to contemplate or to forget or to experience whatever is their personal reaction. This process actually helps me to regularly let go of any attachment I have to an audience’s response to a topic that is incredibly important to me. Sometimes poetry readers and audiences just want to enjoy the artform–to not be hit over the head with, or trapped by, intensities–and that’s fine too.

Sarah Shapiro’s chapbooks the bullshit cosmos (ignitionpress 2019) and being called normal (tall-lighthouse press 2021) work to bridge the gap between those who struggle to read and those who read with ease. In addition to writing towards a (dys)abilities poetics, Sarah spends more and more time thinking about the deep ecology of her neighborhood. 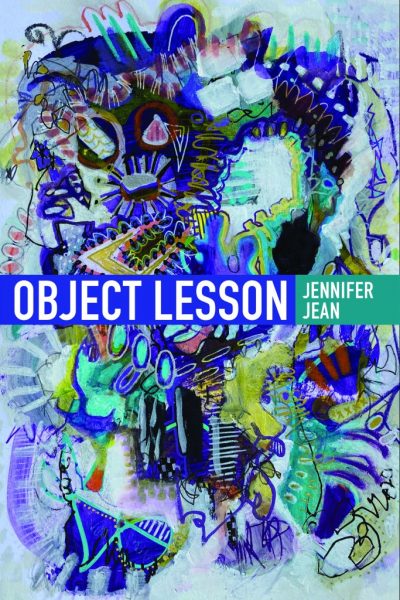