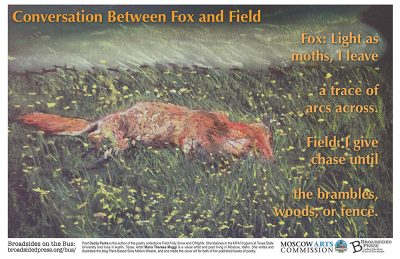 Poet Cecily Parks is the author of the poetry collections Field Folly Snow and O’Nights.  She teaches in the MFA program at Texas State University and lives in Austin, Texas.

Artist Maria Theresa Maggi is a visual artist and poet living in Moscow, Idaho. She writes and illustrates the blog Plant-Based Slow Motion Miracle, and she made the cover art for both of her published books of poetry.