Tagged: Illness, Migration, On the Bus 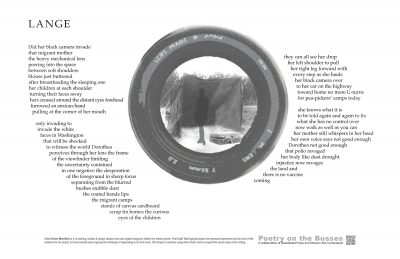 Poet Carli Trail typically draws from personal experience and her love of the outdoors for her poetry, but has recenlty been enjoying the challenge of responding to art and music. She hopes to continue using other artists’ work to expand the usual range of her writing. Poetry on the Busses