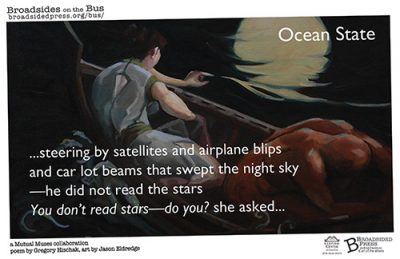 Jason Eldredge: Largely self-taught, Cotuit-based painter Jason Eldredge is a plein-air painter of a more urban variety. While he’s not adverse to Cape Cod’s natural resources of beauty, painting it often, Eldredge thrives on the thrum of the city, painting directly on the streets of Boston and New York.

Gregory Hischak is a South Yarmouth playwright, poet and performer. He frequently rides the H2O, sits in the back, pretends not to be listening.