Tagged: Animals, On the Bus, Seasonality 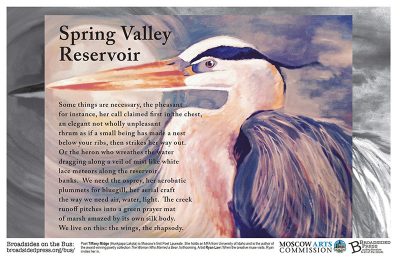 Poet Tiffany Midge (Hunkpapa Lakota) is Moscow’s first Poet Laureate.  She holds an MFA from University of Idaho and is the author of the award winning poetry collection, The Woman Who Married a Bear.

Artist Ryan Law says, “When the creative muse visits, Ryan invites her in.