Milk Black Carbon is a big book, an important book, a book that is not to be reckoned with and fully appreciated in one sitting. It demands space and time to fully unfold. The poems of Milk Black Carbon explore the vast landscapes of Alaska’s far northern coast, Iñupiaq language and culture, and how places and words are day by day threatened both socially and environmentally. While many of Kane’s forms feel fashioned around this age of extinction—the poem “Headline News,” is a found poem ripped from the headlines of Alaska’s oldest newspaper—Kane is not averse to integrating and adapting more traditional poetic forms into her work, as she does in her poem “Georgic.”

Perhaps the most remarkable and enviable aspect of Milk Black Carbon is Kane’s use of diction—her words are so precisely selected one might think she has a name for everything. The brilliant specificity of her language, whether she is using scientific terms, making familiar words resonate in new ways, drawing upon archaic meanings, or using an Iñupiaq lexicon, spawns questions about what can be preserved by language and what can’t. Who is speaking?  Who understands?  How is meaning forged?

As Kane says in a 2017 interview on Marfa’s public radio station, “The decision to encode the language, the Iñupiaq language, as a feature of a poem does leave questions.  And it leaves questions for me.”  There is power in leaving the page with answers yet to be sought. Milk Black Carbon hinges on questions of tradition and how Native Alaskan culture and tradition continue to bloom and fight back even under the ongoing legacy of state and social repressions. As Kane says in a separate interview with Superstition Review, “our language is alive. We’re creating new songs and inscribing ourselves into them. Inuit ice and land are still here, and therefore, so is the language.”

Kane’s ability to move between more experimental language and syntax back to more familiar forms and ways of speaking allow her to create poems that are both mind-bending and understandable. Kane is not interested in exposition, but in exploration.  Her loyaltyto the lyric form comes from, as she says, the fact that “the lyric invents its audience as much as it invents its speaker.” There are many ways Kane manages this, but chief among them is her ability to create magnificent, evocative images that let one understand the heart of the poem even if one only feels its contours:

I worried snow down
from the roof. It buried me.
(from “Vanishing Point”)

behind beyond the outer
walls where my abolished house
once stood, as it stands now,
open to magpies strayed too late

into a thin season, their noise
mistaken for a complicated engine
(from “Little Air”)

Kane evinces her landscapes largely through sound. The “thin season” and “complicated engine” the “I worried snow down” blur the line between landscape and thought and allow the reader to feel the landscape. Bringing to the poems an awareness of climate change, of displaced communities, and of ancestral movements that thrums through Kane’s work only deepens this sense.

Throughout Milk Black Carbon we are reminded again and again of the book’s dedication—“for the islander, our island: qiġluiruņa.” This is a poetry written toward a specific group of people; the non-Iñupiaq reader is given the gift of experiencing, through Kane’s lines, one facet of a broader story. This is especially distinct in the poems “Inuņuaq / The Dolls,” “Taktugziun / Compass,” and “Assiraġia / I am Copying Him,” all of which are presented, side by side, in both Iñupiaq and English, thus offering a direct and unfiltered Iñupiaq presence and perspective.

The project Kane undertakes in Milk Black Carbon is massive. In 60 pages Kane manages to remark on and evince things that a 100-page book could not. And yet, the book doesn’t feel compressed. It suggests consistently that Kane’s project is not over, though the poems themselves must come to an end. Milk Black Carbon ends with a poem reminds us of this—that there is more, always more

you vanish into another kind
of silence or the sky of a constant blue,

you return from the end of the plain
between the shins of peaks you have yet
to gain, to gather water, water, splendor.
(“To Live Beyond”)

Bsided: This might be a simple question, but how did you choose the title Milk Black Carbon? It’s so visceral, and reveals the content of the book so well.

JNK: The title of the collection for many years was When The World Was Milk, but I realized I needed something that was more indicative of the book’s tone–a darkness, like polar night, hence the insertion of the word “Black.” “Milk,” I knew, needed to remain, but perhaps a verb rather than a noun, not just to refer to experiences particular to motherhood, but perhaps as a way to speak to the continuing exploitation of the Arctic & subarctic’s natural resources (including people). “Carbon” became part of the title because of the aforementioned natural resource exploitation, but also because of the emergent need for a global reduction in black carbon emissions in order to try to slow global warming and climate change. I think, too, there was a notion about the elemental nature of language, and too, of carbonado–the black diamond, again, in reference to the absence of light within the book’s poems.

Bsided: If you could dream up an ideal location for “The Doll (A Pretend Person)” / “Mammaraq (Innuŋŋuuraq)” to be posted in the world, where would it be and who would stumble upon it?

JNK: I think of the places that bound the Iñupiaq diaspora, and of the people that find themselves within these spaces, both Inuit and others.

Bsided: What was the process for writing the poems in Iñupiaq?

JNK: I wanted to work from a starting point of legend (unipkaaq) rather than personal narrative, and also wanted to include certain verbal anchors, like “women” and “men” being at opposite ends of the line, as well as repetition. I am deeply indebted to my family (my mother in particular), to Bernadette Yaayuk Alvanna-Stimplfe, and to the Ugiuvak people who have contributed to the written body of the King Island dialect of Iñupiaq, such as those (including my maternal grandmother) who helped record, transcribe and translate the book King Island Tales.

Jackson Holbert was born and raised in eastern Washington state and currently lives in College Station, Texas, where he works as a librarian. His poems have appeared in Poetry Northwest, Colorado Review, FIELD, and Best New Poets, among others. His criticism has appeared in Pleiades, the Adroit Journal, and Rain Taxi. 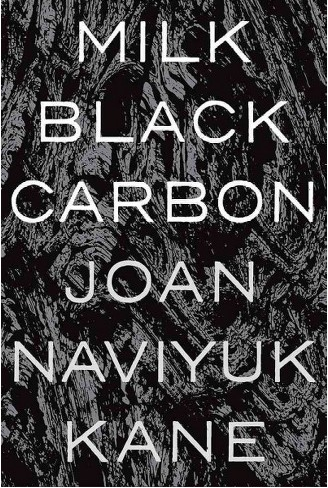