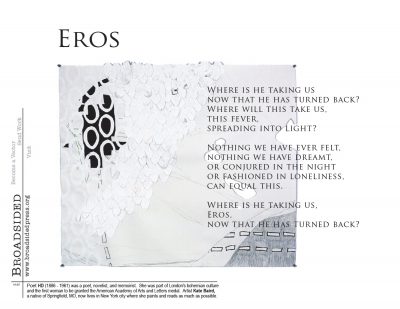 Poet H.D. (1886 – 1961) was a poet, novelist, and memoirist. She was part of London’s bohemian culture and the first woman to be granted the American Academy of Arts and Letters medal. “Eros” is excerpted from a longer poem.

Artist Kate Baird, a native of Springfield, MO, now lives in New York City where she paints and reads as much as possible.