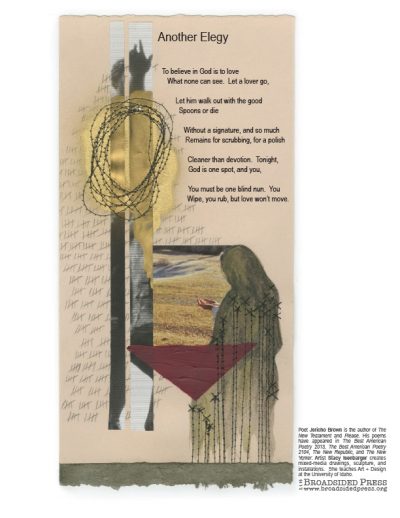 Collaborators’ Q&A: Artist Stacy Isenbarger: I was struck by the rigor and weight of both letting go & holding on. While responding I considered a stain in reflection of a used vessel waiting in expectation. Poet Jericho Brown: I think the visual helps me to see sadness as more of a prison than a weight. 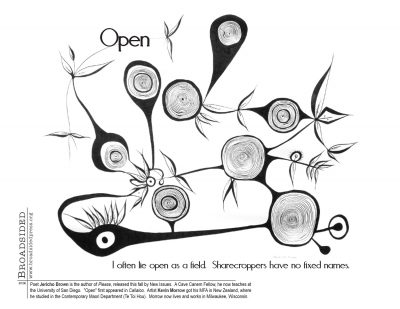 Collaborators’ Q&A: Artist Kevin Morrow: I “dibsed” this poem by Jericho Brown because of its simplistic complexity. Something which is so simple is always so “open” and enduring. It opens in all of us the uncanny human ability to think, know, interpret, understand, and formulate philosophies. Poet Jericho Brown: Something about the image(s)—maybe the way the knotholes and growth rings resemble eyes, birds, and/or birds’ eyes—makes it much more clear how much land and landscape is viewed in a poem so short.