In The Woman Who Married a Bear, Tiffany Midge straddles myth and reality, rendering each in the terms of the other, while grappling with postcolonial and intergenerational trauma, Native identity, and—towards the end of the collection—the deaths of parents and elders. The poem “An Interior of the Mythical Territory I Seek to Believe” shows Midge’s aim:

The collection’s “impassable terrains” include women coupling with bears and stars, a .45 pistol at the breakfast table, Coyote’s elk-liver vagina, the Bin Laden raid, and—in a deliberate nod to Neruda—a “humble kingdom” of household objects. Underlying everything is pervasive mystery, highlighted by ten numbered “Considering Wakantanka” poems spread throughout the book. Here is the fifth, reproduced in its entirety:

your close friend      maynard      while walking on a highway

about a bicyclist killed      in a hit and run

Strange and yet transactional, Midge’s poems know that there is no gain without loss. Elsewhere, in the titular poem, a woman experiences pleasure in the hungry arms of her lover, but at a high cost: his eyes “were black hooks / that pierced her heart” and his appetite “fed on the pounding of her chest.” Readers who were struck by Donika Kelly’s Bestiary will find much to compel them in Midge’s book.

Midge’s world is wild, her words vibrant and vital. She paints dark and light, and she never hesitates. In the final poem of the book, she writes, “My namesake…flung herself from the wings of airplanes into the mouths of rain / forests.” In The Woman Who Married a Bear, Tiffany Midge does much the same—and invites us to follow.

“Spring Valley Reservoir” — broadside with art by Ryan Law (published 06/16/15 as part of a Moscow, Idaho “Broadsides on the Bus” project)

Bsided: Much of the book centers around Native cultures in the rural West, especially the Nez Perce, but you also have roots in the Plains country and the Sioux peoples. What are the similarities in writing about each region and the people who live there, and where is the tension between them?

TM: I had not given a lot of thought before to my approach in writing about similarities and differences from Indigenous communities, and people from different regions. But if I were to consciously assert an approach I would start with characteristics of landscapes integral to those regions, which is the starting point for Indigenous narratives in the traditional sense, or how I have understood it to be. Landscapes, geographies, places are central to the way of understanding tribal histories, origins, identity, community, and connection to epistemologies.

I am much more familiar with the Pacific Northwest having grown up in the Seattle area, and I have only since 2005 been in Nez Perce territories. And the Plains where my mother was born, and eastern Montana where she grew up are places which I’ve only visited for short periods of time since childhood. But I’ve inherited my parents’ and grandparents’ experience of those homelands, and they’re ancestral of course, but I am not as intimate with those places as I am with Evergreen forests or waterways of the Northwest. My grandparents used to ride horses together in eastern Montana, Assiniboine land, as teens, courted, and I have touched upon their experiences of the land in that way in my writing. And I have written about the graveyard where my grandmother was laid to rest, and the landscape in North Dakota where my other grandmother was laid to rest, and these geographies and homelands are mapped on me internally, they are internal geographies, which is important of course, since ancestors are so important, but my sense of those places seems more academic to me than experiential, since I was not born or reared in those regions.

And perhaps that is where the tensions lay. Perhaps I seek to bridge those places, make them less liminal and more integrated within myself. Those are my ancestral homelands—the Plains and Montana—but I don’t feel at home there. I would need to live there for a significant period of time in order to create that sense of attachment.

Bsided: More than a few poems in The Woman Who Married a Bear are in form—including “Spring Valley Reservoir,” a sonnet that we broadsided back in 2015. You have ghazals, aubades, more sonnets… Could you talk about how you see form working with the themes of this collection?

TM: The aubades were a way to contrast against most of the poems of the collection being reflective of elegy. There is a lot of elegiac content and subject matter in the collection, funerals, death, and such, and an interesting and effective strategy to both highlight and provide balance is to present its opposite on the continuum. I learned that from reading British literature—specifically “Howard’s End” as an undergrad—presenting polarities to convey story. I also included a sestina, which was not a conscious choice in keeping with the theme for that particular poem (Funeral for a Sioux Elder) that I’m aware of.

The ghazal (“Code Name Geronimo”) was definitely a choice I made due to the subject matter of the poem; the ghazal is a middle eastern form, its origins are Arabian, and it also became popular in India and Pakistan, so I felt it would be a good vehicle for the subject of apprehending bin Laden.

The sonnets you mentioned, “Spring Valley Reservoir” and “Whatcom Creek,” are meant to be companion pieces, and connecting them by way of form, as sonnets, seemed one of the more direct ways to associate them as companion elegies, and also that both poems are engaging with waterways, bodies of water: one water body in Idaho, and another in my more familiar “home” of Whatcom County, Bellingham.

Bsided: Broadsided Press is all about taking poetry out of the classroom and into the world so that people can see it. You live in a region that has undergrads, townies, academics, loggers, farmers, the rural poor, hippies, whites, Natives, and international graduate students all living relatively close to each other. If you could make them all see one poem from The Woman Who Married a Bear, which poem would it be?

TM: I think the “Considering Wakantanka” series would be good—any one of them individually or seen as a whole, #1-10. They have gone through a couple or more incarnations before settling into their forms within the collection. “Wakantanka” is a Lakota word meaning “Great Mystery.” Many people would attribute it to “God” or “Creator,” but that would be a westernized interpretation, a religious terminology or understanding. “Great Mystery” carries so much more context and meaningfulness. I’ve published the vignettes as a set, as prose, but someone very wise suggested that I make them individual poems, so I did. Interspersing them throughout the book provided an anchoring, a refrain, like a section in a symphony, or a thread that carries the reader through.

Robert Lee Thornton is a North Idaho writer who has at times lived in Montana, Wyoming, and California. He is pursuing a graduate degree at the University of Idaho, where he also teaches. He loves to spend time with his wife and tries to be out in the woods as much as possible. His poems have appeared in descant. 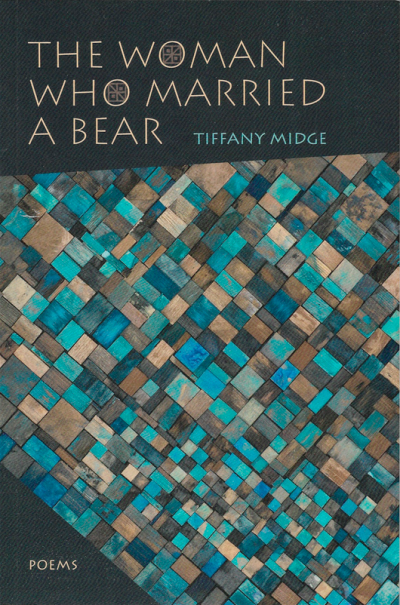